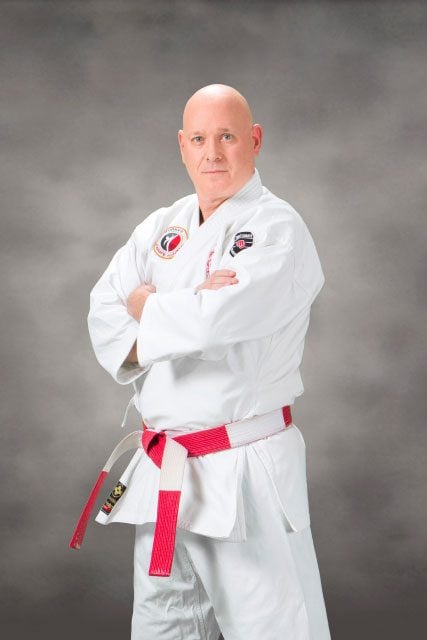 Master Burke began his martial arts training in Silkisondan Karate with Master Thinh Nguyen in 1981. He received his Black Belt in 1987. He is originally from Richmond, Virginia, graduated from St. Benedictine High School in 1986, studied at Virginia Commonwealth University for two years before joining the United States Marine Corps.

He is a combat veteran of the first Persian Gulf War, attained the rank of Sergeant and was honorably discharged in 1995. Master Burke moved to Florida in 1998 and received his Bachelors degree from Florida State University in 2000. 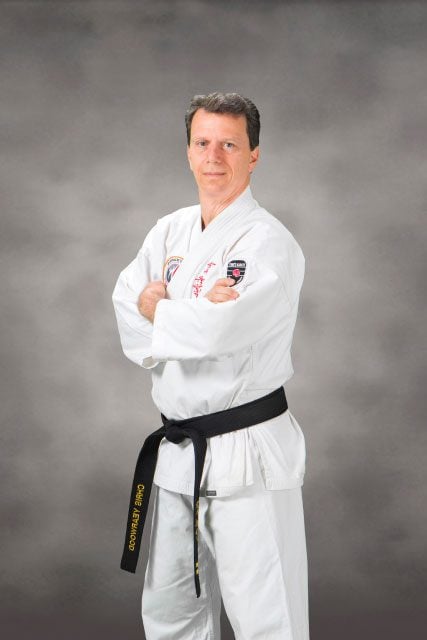 Chris trained in Isshinryu Karate from 1982-1987. He graduated from Florida State in 1992 with a degree in Management Information Systems. Chris began training in Silkisondan Karate in 2011 and earned has earned his 2nd Degree Black Belt. 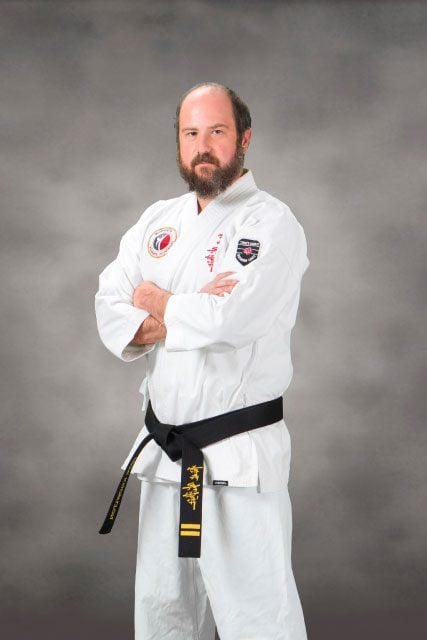 Pete Knowlton, 2nd Dan Black Belt: Pete was born and raised in New York, graduating from John Jay High School in 1994. He started studying Goju-Ryu Karate in his middle school years, but migrated towards the arts, which led to a Bachelor of Arts in Music from Roanoke College (1999).

After a failed Rock Star attempt, Pete made roots here in Tallahassee with his wife and started a family. Pete started training in Silkisondan Karate in 2013 after his daughter asked to “try karate and kick stuff”.  Pete has a 2nd Dan in Silkisondan Karate, a 3rd Dan Black Belt  in Bill Wallace’s Superfoot System, a 2nd Dan Black Belt in Chon Tu Kwan (Combat) Hapkido, a Level 1 Tactical Pressure Points Apprentice Instructor and A Black Belt in Modern Arnis Kali.

Pete is a 2 time Black Belt Hall of Fame member.

Pete’s wife and two daughters train at Burke’s Karate Academy and are all Black Belts. The family that trains together, kicks together. 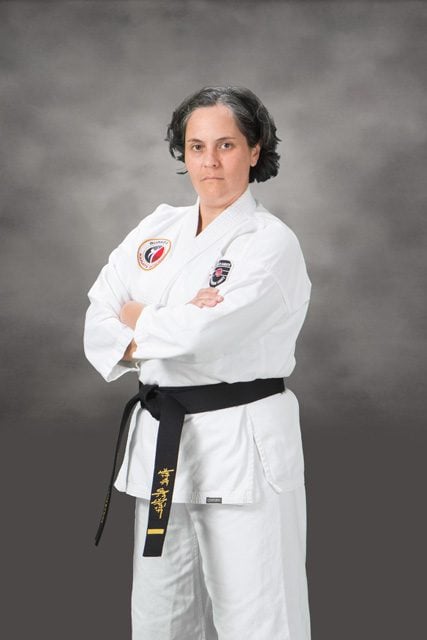 Terry is a critical care nurse who has been working with children and student athletes for over 20 years with nationally recognized organizations such as Boy Scouts of America and Outward Bound. She rowed for FSU and coached middle- and high-school rowers in Tallahassee for seven years before studying martial arts. She and her husband, Pete, are both Black Belts in the Silkisondan and Superfoot systems and their daughters are both Silkisondan Black Belts. Terry has been training at Burke’s Karate Academy since 2013. 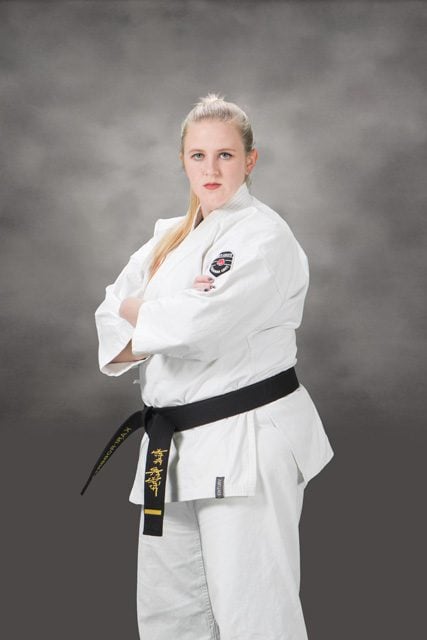 Kari Roberts began training at Burke’s Karate Academy in May of 2014.  What initially began as a fun experiment quickly became a long-term passion. She found that martial arts training provides empowerment and self-confidence in a way that no other experience can.
When not at the dojo, Kari works full-time as a program evaluator for informal STEM education programs at the National High Magnetic Field Laboratory, and is working on her PhD in Measurement and Statistics at Florida State University.
Kari is also a certified yoga instructor and board game aficionado. 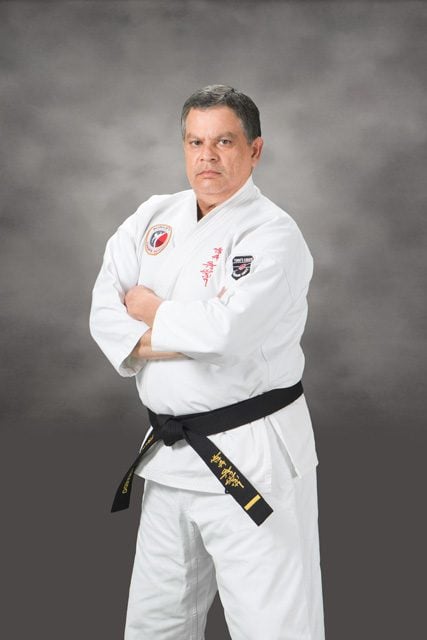 Francisco Acevedo, 1st Dan Black Belt:  Francisco was born and raised in Puerto Rico where he enjoyed the tropical weather and beautiful beaches of the island throughout his college years. He graduated from the University of Puerto Rico with a Bachelor’s degree and later from the University of Southern California with a Master’s degree. Francisco spent his younger years as officer in the National Guard, U.S. Army and U.S Army Reserve.

While living in the Upstate of SC, Francisco trained in Shuri Ryu from 1992-1994, obtaining his Red Belt in this Okinawan style.  Francisco moved to the Tallahassee area in 2007 and started his training in Silkisondan Karate in 2014.  He has trained in the Filipino Martial Art of Kali with Pangannay Jason Petus and vows to return to continuing his Kali training in the near future. Francisco has earned a 1st Dan in Silkisondan Karate, a 1st  Dan Black Belt  in Bill Wallace’s Superfoot System, a 1st Dan Black Belt in Chon Tu Kwan (Combat) Hapkido and is a Level 1 Tactical Pressure Points Apprentice Instructor.
Francisco also trained for a short time in Judo at a young age and in Tang Soo Do, practices tennis and is an avid SCUBA diver, Divemaster level. 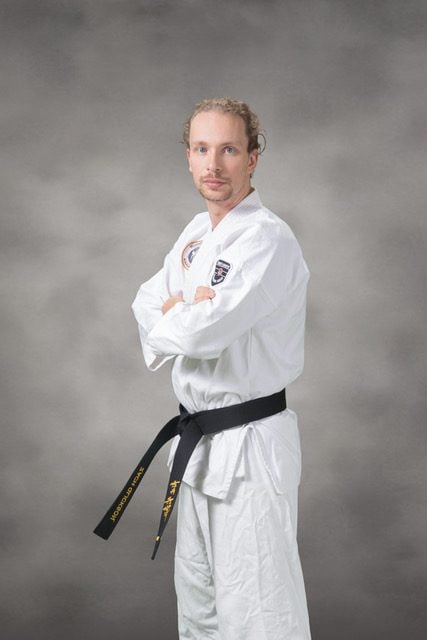 Zach Glickson, 1st Dan Black Belt:  Zach currently holds a 4th Dan in Taekwondo, with training in that art for 11 years. He began assisting and teaching classes afterschool when he was 14, and when he graduated high school worked full time for 18 months as a business apprentice. During his time as an apprentice, he would teach up to 20 hours per week while assisting the head instructor.  After his apprenticeship he continued to teach through afterschool and summer school programs in Wakulla county for 18 months until he took a hiatus to recover from a chronic knee and foot injury and focus on his studies in college.

He returned to training in karate and Combat Hapkido with Master Burke, and after much training and learning the details of Silkisondan karate, became certified as a 1st Dan Black Belt in Silksondan Karate, and has been training at Burke’s Karate Academy ever since. Zach currently holds a 4th Dan in Taekwondo, , and a Black/White Belt in Combat Hapkido, with few months of Brazilian jiu-jitsu and Modern Arnis Kali training as well. 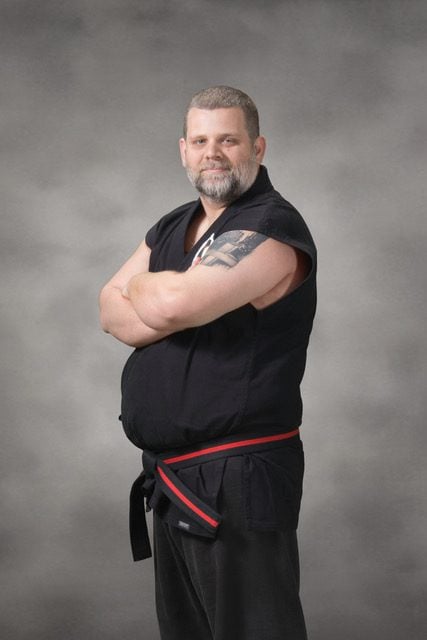 Jason Pettus:  A native Floridian, Jason Pettus was born to a military family. From an early age, Jason was interested in all things karate and martial arts. His journey through the world of martial arts brought him exposure to many forms of martial arts including judo, boxing, karate, a bit of ground fighting and aikido along with his current practice in GM Pellegrini’s Combat Hapkido and Silkisondan Karate. However, Jason’s passion comes from the Philippines. For the last fifteen years, Jason has been training in the Filipino Martial Arts and is a proud practitioner of Kali.

Kali is a complete martial art that has its roots in the cutting edge. Through the use of sticks, swords, knives, empty hands, kicking, throws, and improvised weapons, Kali brings the practitioner deeper into a holistic art that emphasizes the mind, body, and sprit. Kali has changed Jason’s worldview, through a long relationship with the art, he has found an irreplaceable love for finding, developing and being in the flow. It is Jason’s hope to keep his interpretation of Kali alive and well for future generations.